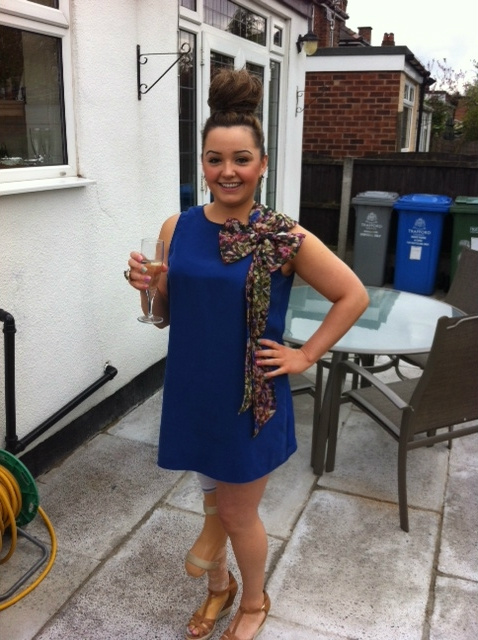 Kelsey: “Focusing on photos, not the scale” – recovery from an eating disorder 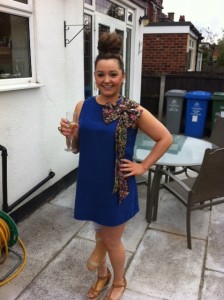 My name is Kelsey Evans and I’m from Manchester in England.

My weight loss journey began back in February 2008 when I decided I wanted to lose a bit of weight for my big summer holiday in July 2008. I joined mycaloriecounter.com and began eating 1200 calories a day as I weight 141 lbs and my height is 5ft 6inches. The weight dropped off really quickly at first as I was also working out 5 times a week at the gym doing 45 minutes on the Cross-Trainer.

Before I went on my holiday I was so scared of putting weight on I began to purge when I went over my calorie goal. Once I got back off holiday in July 2008 I kept binging and purging until around September 2008 when I drastically dropped my calories to 500 calories a day! I stayed eating at that low calorie goal, whilst binging and purging if I went over, until October 2009. My friends had started to notice my low weight and spoke to be about it whilst we were out for Halloween, I broke down in floods of tears. I knew then that this was serious and it was an Eating Disorder not just about losing weight. I was so thin my periods stopped.

I told my mum about my Eating Disorder in March 2010 (I had been eating at 1200 from October 2009 to March 2010). My mum took me to the Doctor where I got weighed. I had dropped down to 7st 10lbs. I had a BMI of 17.5! The Doctor said if I carried on the way I was going I would be hospitalised. The Doctor told me to order a book of the internet which was a self-help book for people with Eating Disorders. I wrote down every day what I ate, I wasn’t suppose to count calories but I did at 1200 per day as I was terrified of putting on weight. This carried on until September 2010. After I got back from a long weekend away, thinking I had put on too much weight, I dropped back down to eating 500 calories a day until November 2010.

November 2010 was when I really made a change in my life! I broke down to one of my friends on my friend's birthday and I just told her exactly how I felt. It was so liberating to be honest and open that I ditched the calorie counting and ate whatever I wanted until June 2011. My weight went up to 121 lbs and I was happy I felt nice and toned and I was doing swimming, cardio etc. In June 2011 I started the Atkins diet to lose a bit of weight for my 3 week trip to America in August/September 2011. I didn’t lose any weight but I toned up a lot!

However, I dropped to 141 lbs pretty quickly as I think a lot of that weight was water gain. I have now been at 141 lbs for the past year nearly which is when I decided to start Eat More to Weigh Less.

I decided to do the RESET starting on 1 June 2012 and I finished on 30 July 2012 (8 weeks). I felt so bloated and uncomfortable! I can’t really look at pictures of me when I was at my thinnest and I won't let people take pictures of me now because im still getting used to the extra weight.

I also want my next NSV to be 20 full manly press-ups in one go (I can currently do 7). I will keep you updated on my weight loss each week now I am on my CUT.

I just want to say thank you for all your help. EM2WL really has changed my life, I love my voluptuous bum and my new C boobs (used to be a B). I don’t want to lose those hehe xx