I’ve always been on a diet. I’m sure that’s not quite the case but I can’t remember NOT thinking about food in terms of “fat vs skinny” and “bad vs good.” When I was probably around 10 my mom and I went on The Beet and Ice Cream Diet. Yes, it’s exactly what it sounds like. For the record, it has 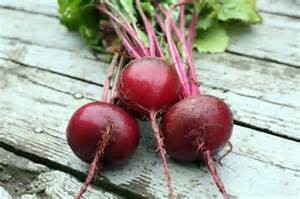 taken about 25 years for me to eat another beet… I also recall that around this time I was actually being paid to lose weight, and I was absolutely thrilled when I got the flu. All this before the age of 12, and that set me up nicely for high school years marked by food anxiety, laxative abuse, binging and purging, cardio sessions that were literally hours long at a time, and most significantly, an extended bout with anorexia in which at the last weigh-in I remember I was 102 on my 5’9’’ frame. (I definitely want to say that eating disorders are never about food per se – there are underlying issues generally centering around feelings of control – but a childhood fraught with food anxieties can create an environment quite conducive to using eating disorders as an outlet for working through those issues.)

Fast forward a bit and I finally had a relatively normal relationship with food. I was a healthy weight (about 135 – 145, I never owned a scale) and ate like a “normal” person: I ate when I was hungry, I ate healthily but indulged when I wanted, and I ran and did yoga when time permitted because it felt good to move. I felt I looked ok but was never happy with the way I looked. And I even made peace with that. I felt with my ED background I was probably never going to have a good sense of what I looked like and regardless, I was probably never going to be happy about it. Uplifting huh? Resigning oneself to a lifetime of meh? 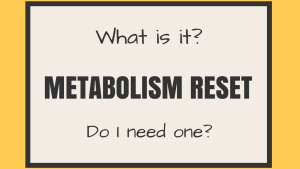 Fast forward a bit more and a more sedentary, office-sitting lifestyle meant I gained a few more pounds. I couldn’t even say what my weight was but I’m going to guess between 155 and 165. I decided to get fit. Bring on the cardio! I began running and doing Insanity, counting calories, the whole deal. I even threw some weight training in there, but I was not lifting heavy enough nor was I eating to support any sort of positive muscle gains. With cardio of 1 hour plus daily (with long runs of 2 hours or so once a week), calories down to between 1500 and 1700 (with a once per week cheat of 1900 – 2000, I’m shaking my head typing this), and carbs shunned like the devil, I got down to 149. For a nanosecond. It was great to see that “14” at the beginning of my scale number. And guess what. I still didn’t like how I looked, I felt like I was moving through mud every day, it didn’t last. The weight just seemed to start piling back on. Restricting or not, running or not, nothing seemed to slow down the weight gain.

At this point I started doing some research and decided that ok, scale weight, who cares. I just want to look good and feel better. I discovered the New Rules of Lifting for Women and began lifting heavy and eating at what I thought would be maintenance. The scale was not kind but I felt like I had no choice; nothing else was working so at least I was putting on some muscle. Around this time I also found EM2WL, and Kiki, Lucia, and Anitra really helped me confirm that I was on the right path and I officially undertook a reset.

The reset was kind of awful, not gonna lie. I felt like a big bag of squishy water. Very sausage-esque, and oh it was summer by the way. I tried to concentrate on the fact that my lifts were going up, I was seeing some muscle pop through on rare occasion J, and that I was getting healthier. I stuck through the reset for the 12 weeks, not counting my NROLFW start, and then moved to the cut phase. My start-of-cut weigh-in in September 2013 was 172, but truthfully I may have gotten higher during reset – I stayed off the scale completely during the 12 weeks because I knew it would be a huge deterrent. The reason I am guessing the scale was higher at some point is because my weight (judged from pictures and clothes) seemed to level out and even drop a little bit towards the end of the reset. This, coupled with the fact that I realized I actually was not looking forward to cutting at all, told me I was ready to cut. Irony is a cruel mistress.

The scale was very slow to start moving on that first cut. Pretty much nothing happened until December after an initial 3 lb water weight drop over 2 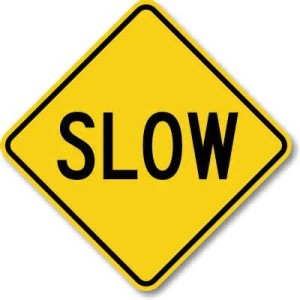 That was about 3 weeks ago. I evaluate my progress on a monthly basis, so next week we’ll see what the data tells me. I’d like to drop a little bit more fat but you know what? I actually finally kind of like the way I look. I look way better than when I reached that cardio/low cal/low carb 149. Way better. I have muscle now. I’m definitely stronger and happier. Oh, and I can eat. I can maintain at almost 1000 calories more than those old days and while I am pretty active outside of work, I’m not a slave to the treadmill anymore. I lift, I run probably once per week, I spin, I yoga. I do whatever I feel like because it makes me feel good and because now my goals are skill-related (doing a pullup, hitting a bench PR, achieving that yoga pose), not because I have to reach a certain calorie burn.

So that’s my story. Here are some takeaways.

1. Reset sucks but it’s necessary. If you think you can skimp on it you are just setting yourself up for a more drawn out frustration.

2. The cut part is slow. It took a long time to get moving. (And the cut part sucks too, lol. When it does suck that's when you know you are ready to cut.)

3. When it gets too slow after a while, don't fight it. Take a break. Your body will win this one so might as well play along. That long break worked for me. I think with a tough plateau, a week or 2 weeks isn't going to cut it. I'm thinking you need to break for much longer.

4. You must lift weights if you want to change how you look and support a healthier metabolism. 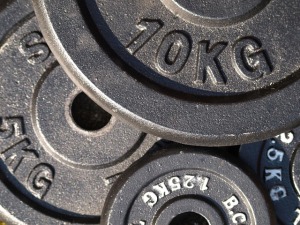 5. Not being focused on the scale but progress in the gym (faster run times, bigger lifts, accomplishing or working on certain bodyweight exercises) also helped me. It’s a mindset shift but once I managed to believe in it, I think the aesthetics are coming more naturally and with less stress.

6. Speaking of the scale, only pay attention to what it has to say IF you are also taking pictures, taking measurements, and using clothes to measure progress. By itself it is a glorified paperweight.

7. Working on controlling stress, or rather my reaction to it, has helped immensely. 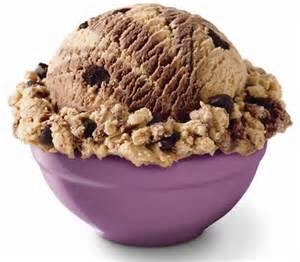 Having said that, I’m still a work in process. And I always will be, and not because I’m broken but because I will continue to grow. So far I’ve worked hard to free myself from The Beet and Ice Cream Diet mentality, and it feels good. I don’t have all the answers and many times need to take my own advice. I know me enough to know this will probably continue. I also know me enough to know that I will stumble. I will have setbacks. And I will have victories. I’m going to do my best to keep my head and know that I will sometimes need someone to knock some sense into me. And all of that is ok. Because there are 2 days a year you can’t control – yesterday and tomorrow. That leaves today, and today, I’m just going to do my best and try to have fun doing it.