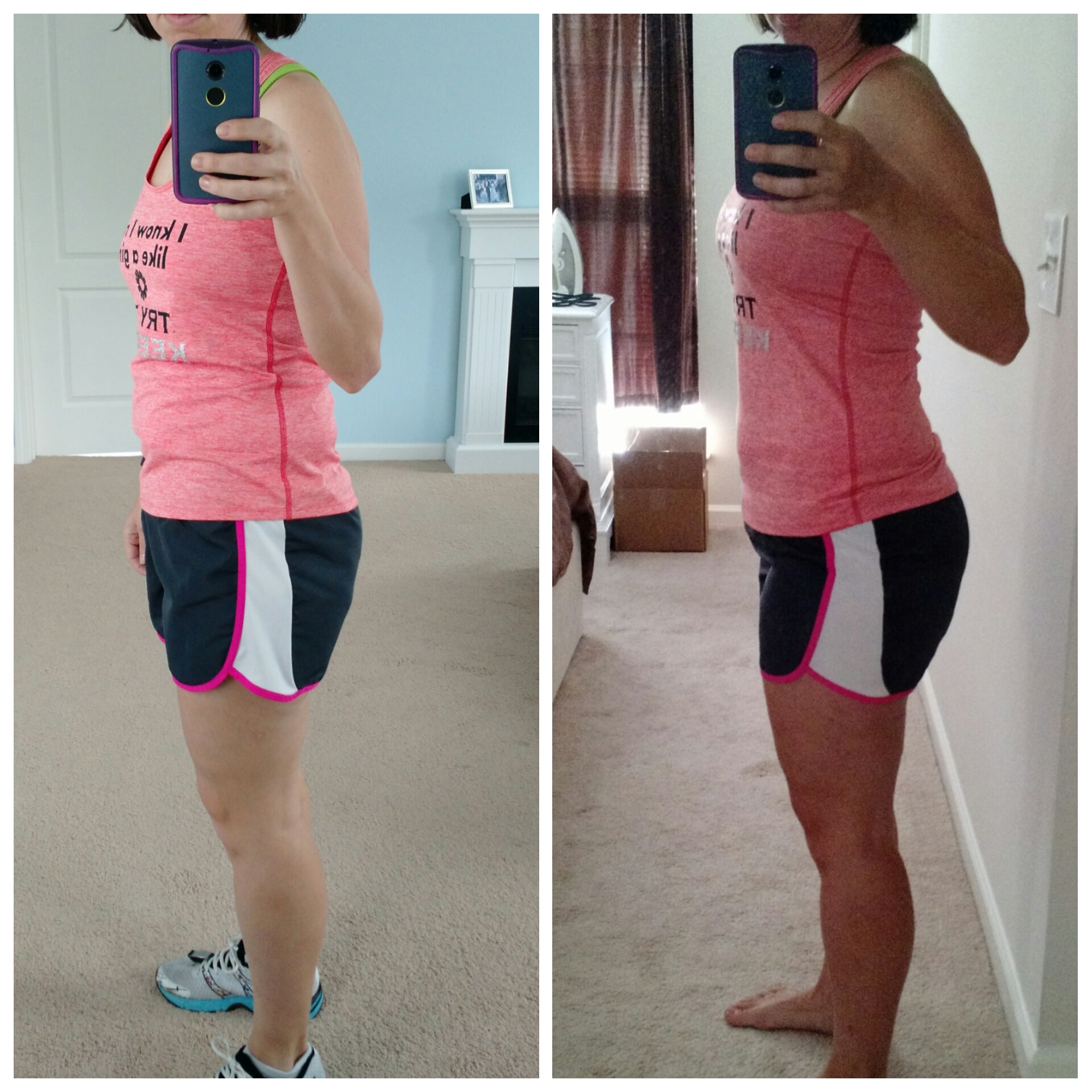 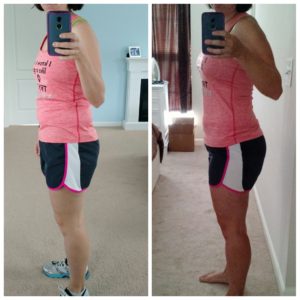 I’ve followed the EM2WL method for a few years (with great success!), and then last autumn, race season got a little crazy because I signed up for 2 half marathons. I enjoy running for the sanity-saving benefits (I have 4 kids ages 3-6!) but I LOVE lifting because I love being strong! Since I promised some friends I would run in the half-marathons, though, lifting had to take a backseat while I trained for those races. I was eating “enough” but noticing fat gain/muscle loss and started reducing my calories to try to tweak things. Obviously that was not the thing to do, as my body composition started getting worse and worse, despite eating fewer calories. I never NETTED below 1700 but with how much running I was doing, I still needed more, plus I needed to add lifting back in. (I wish I could go back in time to August 2015 when I started the crazy lowering-lowering-lowering of calories to tell myself to start increasing instead!! But lesson learned.)

Finally, this past January, I complained to my husband about how I couldn’t seem to lose the fat despite decreasing my calories and he asked “do you think you might need a reset? Are you eating enough?” and the light bulb went off. He stated that I can never claim he ‘doesn’t listen to me’ because he remembered my talking about EM2WL and metabolism resets and such a couple years ago! Haha! So at the beginning of February, I started increasing my calories to reach maintenance (2100-2200 based on my Fitbit Charge HR, plus more if I ran). I took pictures of myself before I started my calorie increase (photos on left in comparison shots).

My second half marathon was scheduled for the beginning of April, but I downgraded it to the 5k option because I really wanted to focus on regaining my lost muscle and not worrying about running. 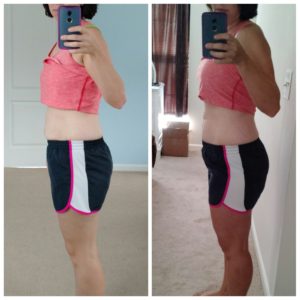 I completed a 9 week reset and started a cut at 1900, which I quickly increased to 2000 due to lack of energy during lifts. I had already gained 10 pounds “at a deficit” while training last year that never came off, and then I gained 14-16 pounds during my reset. I started my cut and haven’t lost anything yet, but that’s okay because I’m still making gains in the lifts and that’s what I was mainly focused on. My lowest weight was 132 and I really loved my physique at that weight because I reached it combining running and heavy lifting (calories during cut were around 1800, so definitely following the EM2WL mentality!). Eventually I hope some of the fat will come back off since I’m currently hovering around 156-158 pounds (I’m 5’5.5”). My TDEE has also increased due to my increased weight, I suppose, so now I average 2300 without running based on my Fitbit.

This afternoon I squeezed into the clothes I was wearing when I started my reset, and those are the (tan!) pics on the right. The clothes are definitely tight, but I love how I actually have a better overall SHAPE than I did before! In a week, I’ll be starting a much-anticipated 2-week diet break. My lifting throughout February-April was starting over with StrongLifts 5×5 (since I’d lost most of my strength from running). I’m living in an apartment for about 6 months and don’t have access to my barbell but I did 3 weeks of NRoL Fat Loss 1, and am currently doing your heavy/light dumbbell workout at our apartment gym. Anyway, I just thought I’d share my in-progress story with you!

Burn Fat AND Build Muscle
Katie: "just as skeptical as the next guy" - freedom from a life of undereating
Melissa: "I'm Living my Life!" - embracing the EM2WL concept