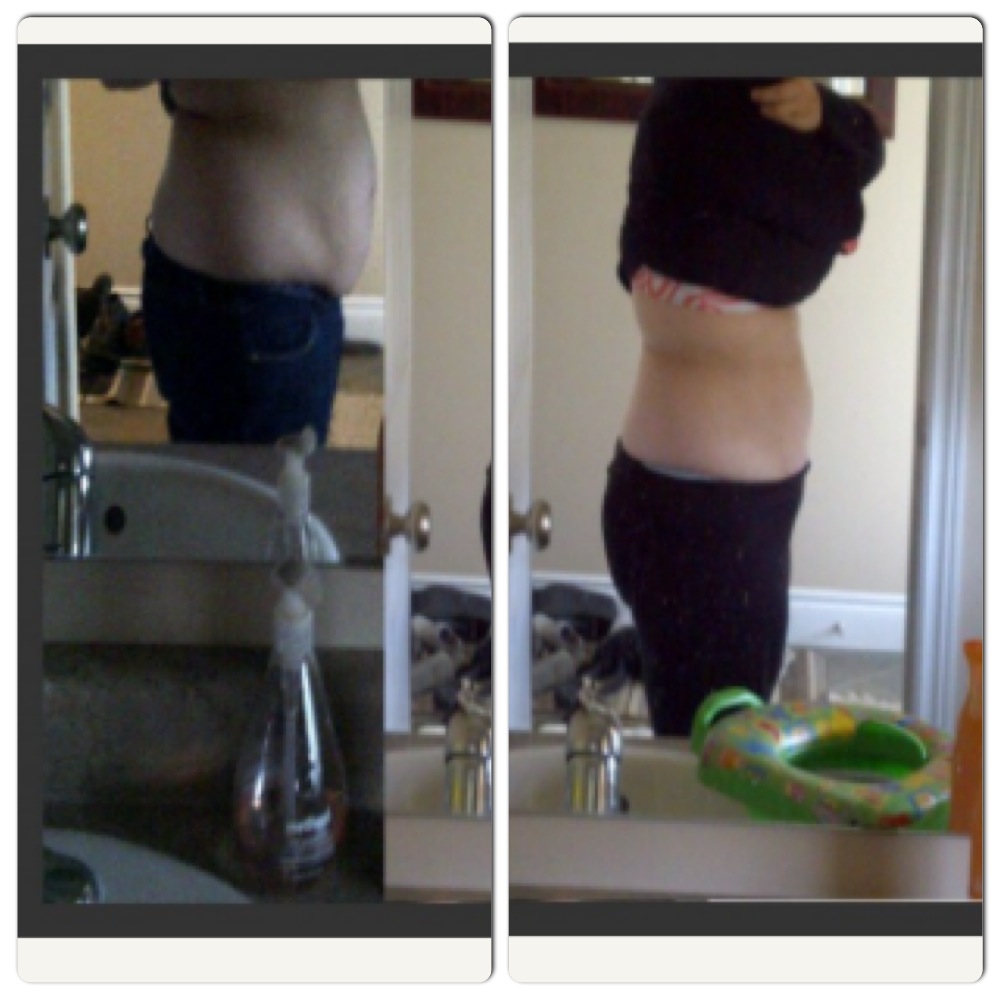 “Stick it out!” – Heidi pushed through a 12 WEEK weight loss plateau! 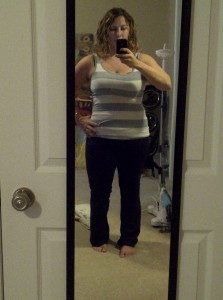 For the first time in my life I feel like I am doing the right thing by my body (and mind).

Starting from the time I was a small child I had issues with food. I had a parent who would say things like “Do you really need to eat that?”. She was also always trying some crazy diet or weight watchers, slim fast etc. I remember thinking I needed to be doing slim fast shakes too when I was 8 years old.

When I was 9 years old I began to make myself throw up after eating a large meal or if I over did it on junk food. That continued until I was 14 when I discovered the gym. I would spend hours upon hours working out but took a pause from bulimia. I also took up smoking to help control my hunger (I was smart one…)

I continued on with this until I was in University when I began to make myself throw up again as well as exercise for hours on end. I looked pretty good too. I was lifting heavy weights but also doing hour of cardio per day. I was a student at the time so I had the time that I could put into that, but I wasn’t ever really happy with myself or my body (looking back I would kill for that body now but not how I was maintaining it).

After University I got married and quit the gym because we couldn’t afford it and didn’t live near one anymore. I put on 55 lbs in no time. I just ballooned right up and couldn’t mentally handle it. I started making myself throw up even more, sometimes ten or more times per day. I was still fat.

My husband and I decided it was time to have babies and I decided it was time for me to confess my deep dark secret to him. I didn’t want to live like that anymore. He was sweet and supportive. I sought counseling because I didn’t want to bring a child into this world while I was treating my body that way. I committed to ditching the Bulimia and after 18 months became pregnant with my daughter. 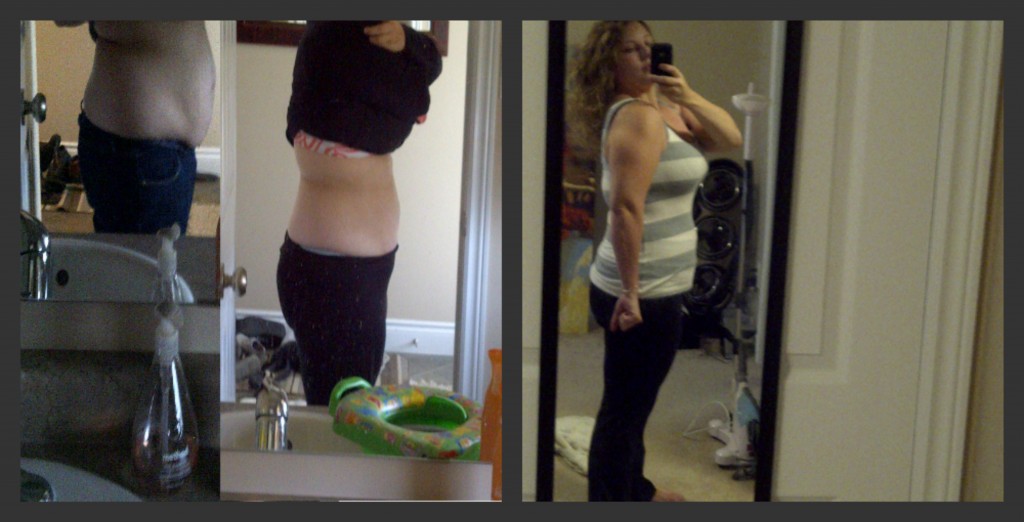 Within 6 weeks of having her I knew I wanted to make a change. I dieted (low calorie), and started running as well as spin class and got myself down from 245 to 186 (with no real shape yet to my body). At this point I got pregnant again with my son and went back up to 235 despite doing spin and eating better during this pregnancy.

Now, one year later I am down to 178 lbs but I look a million times better and I feel a billion times better. Around the end of April 2012 I started reading about “Eat more to weigh less” on the Myfitnesspal forums. It all just made so much sense to me. It seemed to reasonable and like something I could stick with for the rest of my life. So I upped my calories! At this point I was already lifting heavy weights as well but on low calorie diet there is really only so much your body can do in terms of recomposition.

So TMI but my whole life I have been constipated. When I upped my calories I immediately became regular and also had more energy and I was able to increase the weights I was lifting exponentially. I also dropped 5 or 6 lbs right away (I had previously been on a weight loss plateau). Then the weight loss slowed to a grinding halt for 12 weeks. Now, most people would give up and go back to their 1200 calorie diets, BUT I knew in my heart heart that I needed to stick this out. I NEEDED to. For my children’s sake. I NEED to be a good example for them, a healthy example. So I just plugged away at it, day in and day out. Was it frustrating to not see the scale budge? Absolutely. 12 weeks!!! And then finally in the 13th week I started dropping weight again. And in the mean time I was seeing changes in my body, both how I looked and how I felt. I was stronger and happier and my libido was even coming back.

I started seeing a naturopathic doctor who has a machine to monitor lean body mass and metabolism. Both of those numbers were low for me. 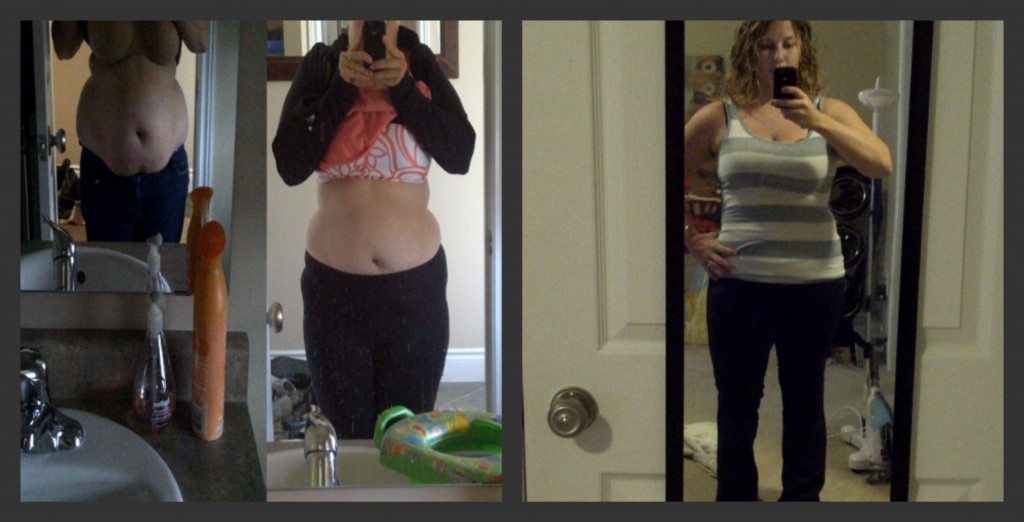 For the past 5 months I have seen her monthly and each month I have lost pounds of fat and maintained my muscle mass or even put on muscle! On a low calorie diet this would be pretty well impossible.

Another important thing for me was increasing my protein amounts to 1 gram per pound of bodyweight. Since increasing my calories and protein I have not felt the urge to binge or overdo it really at all. Everything just seems more balanced. It has been 8 months so far and I have not looked back once despite the plateaus or the weight gains here and there because I am smaller, fitter and happier and I know this is the way to go. And in fact, this is how my thin/athletic friends live their lives as well.

This was very long winded but the moral of the story is that you need to stick it out. Even if you hit a weight loss plateau and don’t see a loss on the scale for months, there are other more important things happening in your body. Not to mention the fact that you are worth more than a number on the scale!

Have an EM2WL transformation to share? Willing to let us tag along on your journey? We’d love to see it! Be featured on our Transformation/Journey page by submitting your story to Success@EM2WL.com

One year, 61 pounds, & 15% bodyfat later...
It's not all about the scale!! (a transformation story)
Pick fitness goals, not weight goals - Eat More 2 Weigh Less
New to EM2WL?
Grab our FREE quick start guide!