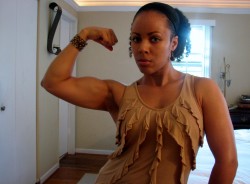 Q: I've been doing a muscle building rotation for the last month, with the intention of alternating one month “build” with two months “burn.”  Okay so when you have a few spare minutes, can you explain how this is going to work?  My goal initially when I started this rotation was to lose about 10-12 more pounds.  I am now up 4 pounds from when I started, which I am okay with.  For now lol.

But then after next week, when my muscle building rotation is over, I need to find a fat burning rotation and what?  I will see the scale go down hopefully.  And any muscle loss I have, assuming that rotation is light on weights, will only put me back to where I was at the beginning of this month, so I will only be losing muscle I've built this month?

I hope that makes sense because that's what I think the “plan” is, but I'm not 100% sure.  I was initially thinking one month muscle then two months fat burning-maybe it should be alternating?  I would prefer a month at a time, not seasonal like you do.  At least for now.  Just trying to understand the science behind it!

A:  The fact that the scale went UP and you're cool with that (for now!) says a mouthful.  The fact that you're thinking of doing a muscle building rotation every other month, vs every three months or so, says even more (& I think its a FANTASTIC idea!  I only suggested 2 months of fat burning because I thought you might be wary of build mode/addicted to burn mode, lol).  I also commend you for finding a method that will work for you.  Having seasonal phases is just one of many ways, not the only way to building muscle. 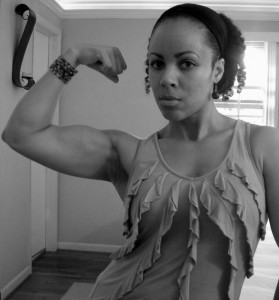 My personal goal for you for this month of “build” (aka “bulk”)  if I can be truthful, was not for you to lose weight (although it will happen), it was for you to put on muscle.  That's why I was so worried about how you would react to the scale (it does some crazy things when you're lifting heavy), how much cardio you did, & how much you ate.  Whenever I up my weights/cals for a new rotation the scale goes up, but by the end of that rotation (& approx 2 weeks into the next – which is when you typically see the results from the previous rotation, FYI), it's all gone again.  Case in point is the 2 lbs I just “lost” Thurs., this is technically my last week of the rotation so things are starting to even out (I've been “up” 3-4 lbs all month).

Don't stress about losing your muscle, because you're still going to lift as heavy as possible for the amount of reps that you'll do on weight days (even if the weight will be lighter than what you've been doing).  Continuing to lift heavy, and keeping the protein high, while adding in the cardio will take care of preserving as much muscle as possible.  That's why I just really wanted you to focus on building this month because once the cardio kicks in, it becomes more about “saving” what you've built. But if you NEVER build it, then you're just left shapeless when the fat goes away.

And, really, don't stress about the added weight.  I give myself at least a 5lb leeway on the scale when I'm bulking.  The reason is that, inevitably, in order to put on any “real” muscle, a miniscule amount of fat will come with the territory (sorry, I didn't tell you this upfront, because you may have run the other way).  There are two phases in the metabolism: anabolic and catabolic.  You are either building muscle up (anabolic), or tearing it down (catabolic) in order to provide energy to the body and make it more efficient.  But I know that this is part of the process, and that the muscle that I do put on, helps me to burn the fat that much faster when I go into burn mode (cut).  Of course, my build mode is longer than yours, which is why I give myself 5lbs or so (over the course of a few months) before I finally get sticker shock and run back to cut, lol.

Even though that philosophy may seem a little backwards, or counterproductive, or maybe even “yo-yo-ing” it actually works out because 9x's out of 10 it plays out like this: Let's say that at the end of my 3 month-ish bulk, I'm up 6lbs or so.  Within about a week (of backing off the heavy weights) the water weight will come off, leaving me at maybe 4-5 lbs up.  I go into cut, and after losing maybe 1-3 lbs, figure out that, I actually look just fine, and typically even leaner than when I started (even though, I'm technically 1-2lbs heavier on the scale).  I've found this to be true, year after year, so I'm getting more and more comfortable with that lee-way (although, like any other woman  — I can only take so much increase, mentally — lol).  Net effect, I'm about 5-7lbs heavier NOW than when I reached my original “goal weight” when I first started this journey, yet I look leaner/more shapely (if ya know what I mean, lol).

(On a side note…Now you understand why I use the fall/winter months to tackle this process…more layers, so no-one, including me, can see any fluctuations, lol)

So there's a method to my insane-ness, just hope you'll stick around for the ride, to find a way to make it work for you  (which it seems you're doing already, by alternating months, etc…and realize, that the cleaner you eat during build/bulk mode, the less fat comes)