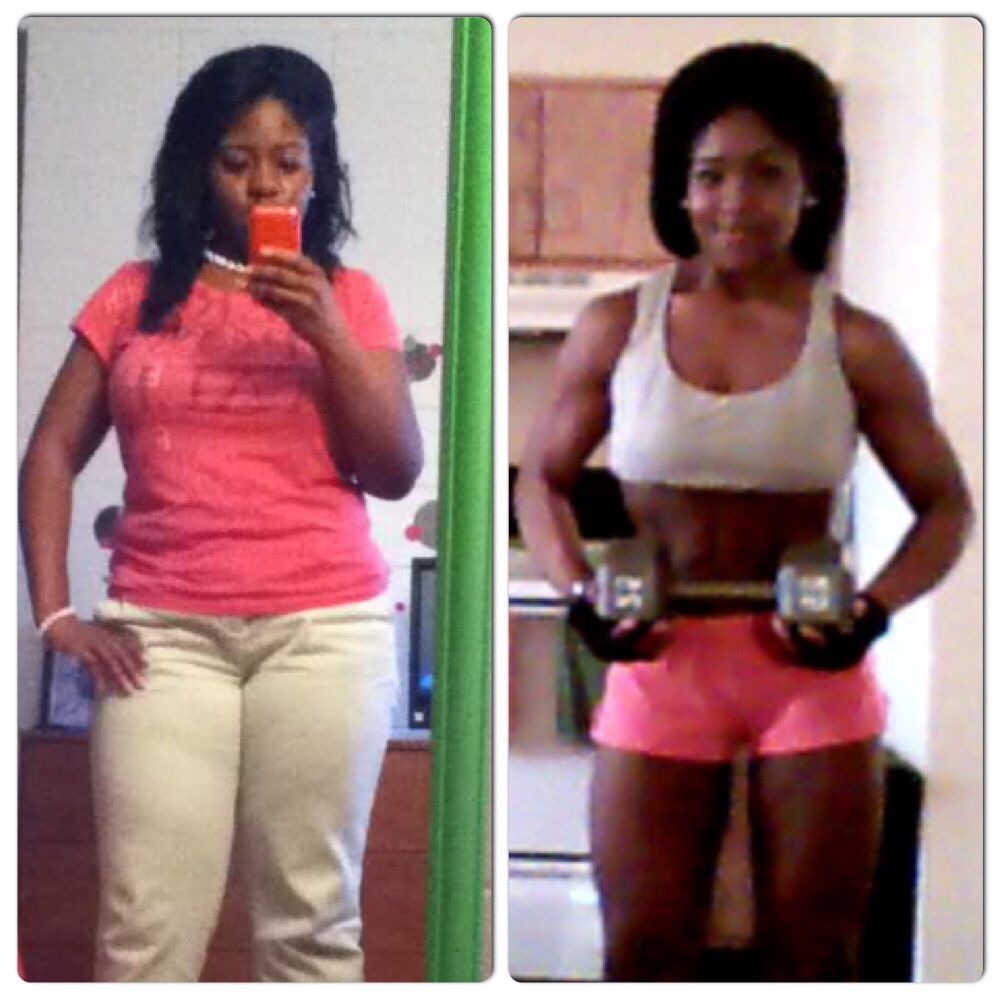 *I must warn you first that this could be a long read, but a good read I must say* So today is finally here, my one year anniversary and boy the changes that have taken place are just so amazing. Every time I look back at my pictures from when I first started, I have to ask myself was that really me? Sometimes we don’t realize how we look until changes happen, and I’m so glad that I’m on this journey because I not only look better, but I feel better, my confidence is so much higher, I’m so energized, and overall just so much healthier. Exactly one year ago, I started watching youtube videos of others who have lost weight, and this one particular person mentioned Myfitnesspal, so I signed up and started tracking my calories. Shocker, Shocker, Shocker!!! When I tell you that I was so outdone when I seen how many calories, fat, carbs, and sodium was in the stuff that I use to eat, it was just ridiculous. Now don’t get me wrong, I didn’t actually stop eating what I eat, but I did cut back a lot on portion sizes and stayed away from too much fast food. I was 198 when I started and chose the 2 pounds per week option so of course MFP put me on the 1200 calories. I started searching for exercise videos and found a couple of ten minute videos and worked my way up to doing Billy Blanks Tae bo cardio. I lost weight at a great pace and was weighing myself everyday and the numbers continued to go down, down and down. Since I was heavy and very short, 5’2, this worked because I was considered obese for my height and age.

Okay, so eating the 1200 calories lasted for a good bit and I never hit a plateau, but I was aware of plateaus and was looking forward to one after reading that others hit one. In about 3 months, I lost about 33 pounds.

So, I continued on with the 1200 calories and Billy Blanks, protein was very low around the 40s or sometimes even lower, fats were also low, and just like most people starting out, I was afraid of the fats because I thought that it would make me fat, and I didn’t know any better about the protein because I didn’t do enough research and just relied on MFP. Also I was netting very low calories because I was only eating 1200 calories and at the time I didn’t have a HRM, but I knew that I was burning lots of calories because I was heavy and was very unfit. So another 3 months later, I had lost another 23 pounds and was weighing 142 in this picture. Whoa, what a difference from the 198.  I just looked slim and no muscle definition, some flab, just skinny. 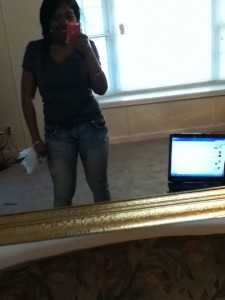 Around August, I started doing Chalean Johnsons’ Turbo Jam, and I loved it. I think it was around this time, I started doing some research about muscle definition and leaning out your body, though still on the 1200 calories. I also, started paying attention to the types of foods I was eating. My food choices have changed time and time again, so most of everything I started out eating, I don’t eat anymore because I really don’t want to. So around October, I started Jillian Michael’s 30 Day Shred. Just to throw this out here, I’m the type of person that loves a challenge and this was definitely a challenge, because I read others talking about how hard it was. Then, it was hard, but now it’s probably a piece of cake because I’m more fit now and have done more hardcore things. After I was done with her 30 Day Shred, I started Ripped in 30 and did 2 rounds of it. I started doing more research, and discovered Chalean Extreme because I wanted to start weight lifting to shape my body and lean out more and to also get more muscle definition. I also started eating more around November, but I was still not eating enough for the amount of calories I was burning, and although I upped my protein, it still wasn’t enough. So after more and more research and after staring Chalean Extreme on New Year’s Eve, I started netting 1200 instead of eating that amount.

Here, I was down about 70 pounds. So after more research, I learned that I really should be netting my BMR and starting eating around 1600-2000 calories depending on the workout and estimation of calories burned. We have to fuel our bodies, and I had to learn that food is not an enemy. Around February, I was weighing 126.4, with a better looking body than before I started lifting weights.

My goal weight that I had in mind was 125, and since I’m very close to that goal, my weight has fluctuated from 126-128 range and it doesn’t bother me because I’m basically at goal anyway. I now wear a size 7/8 in jeans and probably a 6 and a size 4 in dress pants. I can wear small tops and all of this is just amazing to me because I feel so much better. When I first started this journey, I didn’t have a lot of support but all I needed was my very own support and continuous prayer to God each and every day and it has brought me this far. I don’t see not having support as an excuse because if you want it bad enough, then you will and can do it. I haven’t eaten at a restaurant since last summer, and it’s not because I’m scared of the food, I just don’t want it. Some people feel like you can’t enjoy life unless you’re eating junk food and restaurant food, and that is simply not the case. I enjoy my life just fine without it and I love preparing my food everywhere I go. I can still hang with my family and friends and enjoy them without eating what they’re eating. I’ve attended a birthday party and took my own cooked food, I’ve even gone to a restaurant with them, and guess what, I took my own cooked food and ate with them (by the way one of the workers thought that was so unique and cool, and he even added that he liked that). I said that to say that life is not about FOOD.

Yes you need food to live, and like the saying goes you only get one life, so why not live it right, well you only get one body, so why not treat it right? I can look back at my pictures and laugh and smile because that’s not my body, my attitude, or my personality anymore. People will change once they get healthier and lose weight and you’re suppose to because you’re no longer that old you anymore. I’m not saying get all cocky, but you will have more confidence and your self esteem is greater and it should be. Some people get mad or jealous of others when they say that you feel and look so much better and boy you know everybody doesn’t root for you, I’d be willing to bet that some people are rooting for us to gain our weight back, but that sure won’t happen because I’ve learned how to eat right and eat foods that I can eat for the rest of my life. Had I starved myself throughout this entire process, I would probably gain it back, but that’s not the case. I enjoy what I eat and I love, love, love that I can eat all day and still not gain weight, but rather lose fat and have a lean body and a fast metabolism.

It doesn’t stop here. I’m doing the Lean for Life phase, and I’m going to start Turbo Fire soon. I hope you all enjoyed this story and I hope that it can inspire and motivate others as well. Oh, I almost forgot, I am now at a loss of 72 pounds and if I lose, I lose, if not that’s fine with me because the scale is no longer my worry, but the changes in the mirror are. I also find it amazing that I have the V-shape underneath the fat that I'm trying to diminish which is what most men and some girls have, and that wasn’t a goal, buy hey I’ll take it. There is still more work to be done to make it more defined and there is still more fat to be burned. I need to go get my body fat percentage calculated because I have no clue what it is. 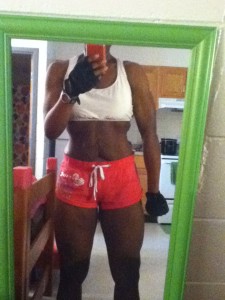 Have an EM2WL transformation to share?  We’d love to see it!  Be featured on our Transformations page by submitting your story to Success@EM2WL.com

Mike's journey to new heights! - Losing Weight with EM2WL!
Getting Back to Basics - Cindy's Journey
Stephanie - I Will Compete Again
New to EM2WL?
Grab our FREE quick start guide!